Ray Hocker’s passion for visual communications began at the age of 6 when he made films on his father’s 8mm movie camera. These initial artistic expressions documented his life growing up on airports in the high desert of Southern California, and later in rural Washington State. Ray’s love of photography and filmmaking grew through high school with progression into editorships. While attending the University of California at Los Angeles, he was the photography editor for the University yearbook and photographer for the Daily Bruin newspaper.

After attending Brooks Institute of Photography, He earned a Business degree and the University of Redlands. He went on to earn bot a Master of Fine Arts in Digital Cinema and, more recently, a Master’s in Strategic Communications from National University.

As an adjunct facility member at Cerro Coso College since 1980, Ray has taught Digital Video Production, Photography, Digital Cinematography, Mobile Media, and Podcasting courses. He is a certified trainer for both Apple and Adobe video editing software, and he frequently conducts workshops and courses on all aspects of photography and cinematography.

Ray’s production credits include many original programs internationally on networks including, FOX Sports, ESPN, National Geographic, and HDnet. His 2002 production of an off-road race in the Grand Canyon was the world’s first automobile race broadcast in high definition TV. As an accomplished writer, he has produced many documentary, narrative, and commercial programs for both regional and national organizations. He also developed the unique skills using specialized ultra-high-speed video cameras to capture ballistic and explosive events on aircraft under simulated flight conditions. Ray’s organizational talents help him develop several international sporting events including the Boston Marathon qualifying, Grand Canyon Marathon that drew over a thousand international runners to compete along the remote edge of the Grand Canyon. 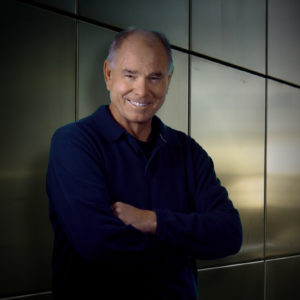